Welcome to the Happy Wars Wiki, the premier in HW info. This site is dedicated to providing general (and specific) information about the Xbox F2P, Happy Wars.

Before editing, please consider taking a look at the wiki's basic Guidelines.

Wiki with 153 articles dedicated to the Xbox Free to Play Game, Happy Wars!

What is Happy Wars?

Happy Wars is a multi-player action game with comical characters battling in over-the-top combat arenas. Players can assume any of 6 types of roles; Warrior, Mage, Cleric, Berserker, Zephyr, or Engineer in a variety of battlefields including fantastic grasslands, a dark world and the ocean floor. Extend your territory by occupying the scattered bases and cooperate with teammates to attack the enemy's castle. For solo fun, the player can take on missions in the Story Campaign or play against bots in Skirmish Mode.

As of January 2014, the game is available for Xbox 360 on Xbox Live to all users. The following features are not available without a Gold membership: Treasure Map, Multiplayer, Mission Mode

On April 15 of the same year, a Steam release was announced for PC. The game was formally released on Steam in May 30. Service for Steam (and as a result, Windows 7) is discontinued as of February 16, 2017.

On December 16, 2018, support for the Xbox 360 and Windows 10 versions of Happy Wars will be stopped and the game will shut down on those systems.

Classes define what sort of weaponry, attacks, and armor you will be using. There are a total of 6 classes. The three basic classes are shown below.

Maps are the arenas that are played on. There are a total of 12 maps.

In this mode, multiple players battle against one another in all out wars across different levels of terrain. There are three types of multiplayer modes, Player Matches, Quick Matches, and Cooperative Matches. All allow up to 30 players except Co-op Mode, which allows up to 15 players, with the other team being filled with various teams of AI.

The Happy Wars campaign is not like many campaigns as it is played in segments. You will need to achieve a rank online to proceed through the story mode. Every 5 ranks you unlock a story mode chapter. There are 6 story mode chapters and each contains 1-3 sub-chapters.

The game also features a small tutorial allowing you to learn the basics of of controlling your character and being a Warrior. There are short videos that you can watch to learn how to play Cleric and Mage, as well as a How to Play page that details game rules and the controls. 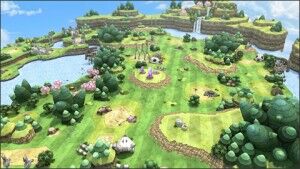 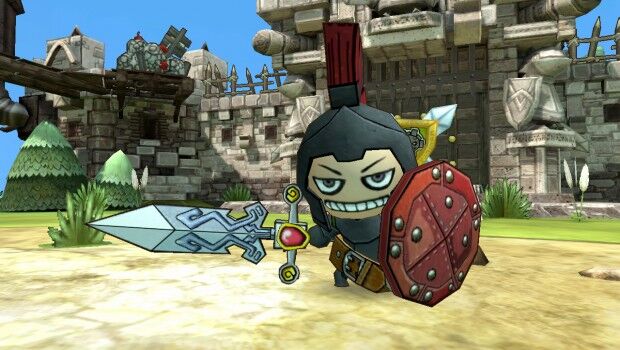 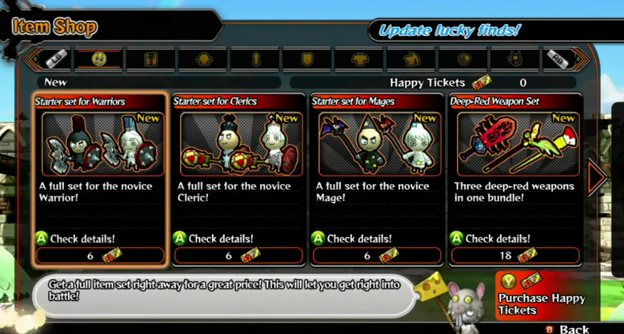 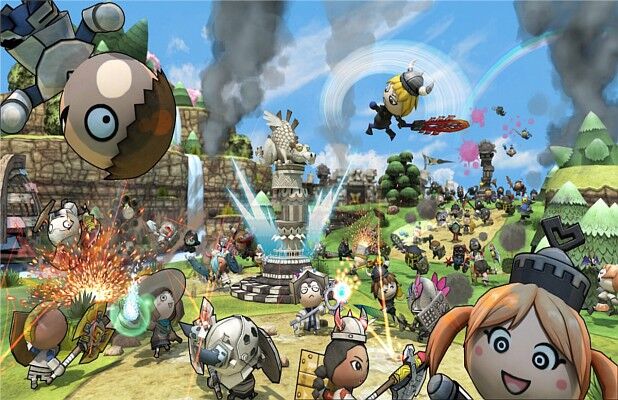 The mayhem that is Happy Wars!