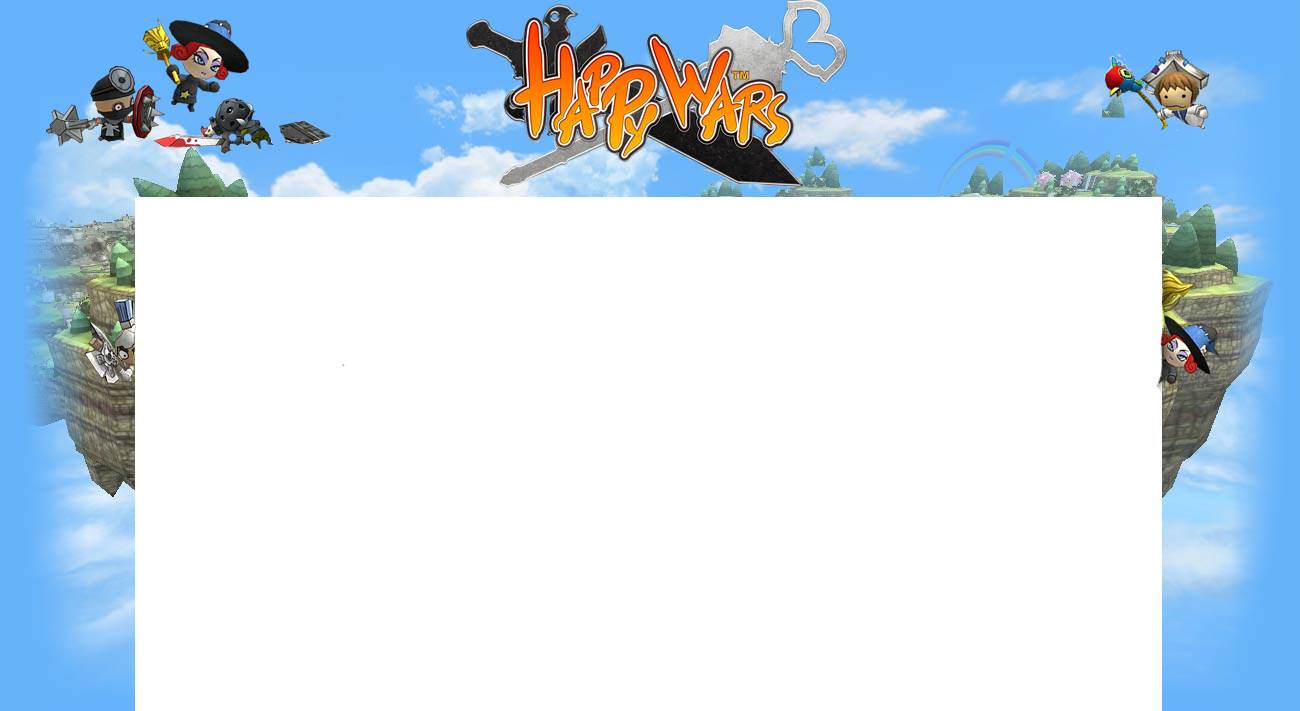 I am here to announce a new general subject that the Happy Wars Wiki will cover.

On E3 2015, Toylogic revealed their latest upcoming project, under the title "Happy Dungeons," a dungeon crawler Happy Wars spinoff with a similar vein as the Diablo series. As of right now, an Xbox One release has been confirmed for 2016. No other details about this game are known other than its gameplay (as attendees of E3 have footage of Toylogic representatives playing a devbuild of this game).

Feel free to post predictions and other related questions here (Already I have seen some non-wiki folk predict this will be F2P like HW).

Also, templates. The "Upcoming Game" infobar template will be needed for this wiki's page on the game, and major restructuring will need to be done on the wiki upon a couple of weeks following the game's release (categories for Happy Wars and Happy Dungeon).

It looks like the same game, but the mechanics are different. The map designs are also different seeing how it shows arena-like areas. I'm a little skeptical on how the combat would work since it still keeps the same Lv. 5 max thing along with the mass amount of enemies to fight. It'd be awesome if they also included the Xbox 360 in this, but it just seems like this is around the time the previous generation starts to, how do you say...get shelved.

I like the idea that this isn't going to be as PvP oriented as Happy Wars is so hopefully the community might be a little bit more respectful, but I feel that the co-op aspect of the game will segregate newer players from the eventual veterans. It'll probably be F2P since a game like this wouldn't necessarily sell too much on the market (similar to how Happy Wars is free). I do look forward to seeing more of this get uncovered. **EDIT** It actually will be free as said on the Happy Wars site. [1]

Regarding the wiki, the template might be made, but I think "Upcoming Game" might be a bit redundant seeing how it only talks about one thing and a template like the ones we see around the wiki (for classes, maps, etc.) wouldn't be necessary. But of course, this is only my opinion so I'll see what others think about it. We have lots of time to discuss (or atleast the people on Reddit do) about this before the game actually comes out so no rush.

What do you think?